This week in every conversation with a young person, they called the name of Trayvon Martin. His senseless murder in 2012 serves as a defining moment for this generation in the same way that 14-year-old Emmit Till's 1955 lynching did for the civil rights generation. I still recall the night in June 2013, when I heard my 13-year-old son crying and screaming, "How can he get off?" as Trayvon Martin's killer was acquitted and then saying, "Dad, I thought you said, it's going to be alright…Dad, it's not alright!"

As these young people have grown into adulthood, they have witnessed the election of Barack Obama as the 44th President of the United States of America and the first African American in history to be elected to that office. At the same time, in addition to Trayvon Martin, they have witnessed the tragic deaths of Tamir Rice, Sandra Bland, Michael Brown, Philando Castile, Freddie Gray, Marcus-David Peters, LaQuan McDonald, Alton Sterling, The Charleston 9, and countless others, along with the sobering fact that we have not achieved that post racial promise land that many of us prematurely wanted to believe had become our new reality, but instead it is still a work in progress that appears to have been put on hold.

In the same way that Emmitt Till's death motivated a generation to take their grievances to the street through marches and protests primarily through the American South in pursuit of a more inclusive and just America, this generation is rising up, using their voices and taking it to the streets to protests the deaths of Ahmaud Arbery, Breona Taylor, George Floyd and the countless others who have lost their lives to a broken system that allows for police brutality and domestic terrorism that puts Black lives at risk every day.

After Trayvon Martin's death in 2012, I wrote this poem called Hoods and Hoodies and eight years later the murders of Ahmaud Arbery, Breona Taylor and George Floyd was a painful reminder of our ongoing struggle to overcome racial injustice.  My two sons have continued to question, probe and challenge my generation and me to listen, to learn and to trust them. Individually and collectively, we will continue to process our emotions, our experiences and the trauma of what it means to come of age as Black men in this world and help build an America that's accountable to its promise.  After an intense conversation about the different ways our generations are responding to these injustices, my son's decided to use their images and give voice to my written words with an honesty, pain and wisdom beyond their years. The result is a rich intergenerational perspective that is timely and necessary.

We are witnesses to this generation's coming of age, as they lead this movement by activating their pain and passion through a collective and yet organic purpose that has led to protests in cities throughout this country, day and night, changing America and the world. When I've asked these young citizens, activists and protesters, "What can we do to support you?" "How do we bridge the generational divide that's playing out? "They've said, "listen and be willing to learn from us, like you ask us to learn from you." To this generation, I say thank you for your voice, your courage, for holding us and America accountable and for showing us that now is the time like the prophet Amos said, "for justice to flow like rivers and righteousness like a mighty stream". Yes!

Back to Top
Close Sidebar 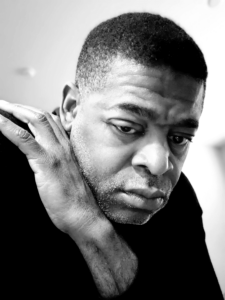 Robert is a poetic prophetic voice and emerging photographer, who uses his phone to capture everyday life from the perspective of an African American man and weaves together images, messages and stories of hope, love, faith, courage and beauty that seeks to serve as inspiration in today s world...